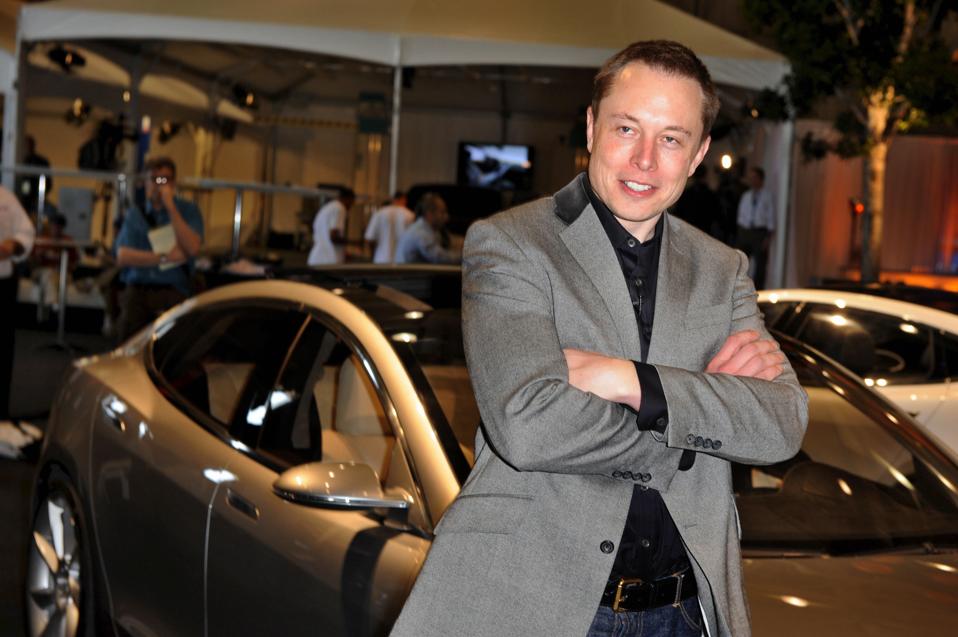 So is now the time to buy Tesla stock — 9.44% of which is sold short? I see four reasons to steer clear — most notably, Tesla’s profitability does not come from selling vehicles — it comes from selling tax credits to competitors.

(I have no financial interest in the securities mentioned in this post.)

Tesla reported a drop in revenues and much higher than expected adjusted earnings per share. Specifically, revenues were down 4.9% to $6 billion in the quarter “as Tesla relied on selling less expensive vehicles,” according to the Wall Street Journal.

I appreciate why people love its vehicles and find CEO Elon Musk a compelling personality. But I do not think that makes Tesla stock a great long-term investment.

Tesla — which has lost more than $6.78 billion since 2003, according the Journal — has happily taken advantage of a regulation that enables it to sell carbon-emission tax credits to its rivals.

In 2019, Tesla generated $594 million in revenue by selling these highly profitable tax credits. In the first half of 2020, Tesla tax credit revenues amounted to $782 million. For the second quarter, selling tax credits enabled Tesla to “eke out a $104 million profit,” the Journal wrote.

Tesla also made $48 million in what I am guessing is highly profitable revenue from “deploying software features through its so-called Full Self-Driving driver-assist system,” according to the Journal.

In the analyst conference call on July 22, Chief Financial Officer Zach Kirkhorn said he expects roughly $1.2 billion in 2020 revenue from selling the credits — “about twice as much as in 2019,” wrote the Journal.

David Rocker, a retired hedge-fund manager, is not a Tesla bull. “It simply boggles the mind that the most valuable auto company in the market has to resort to these accounting games to even show any profit,” Rocker told the Journal.

Morningstar concluded that Tesla would have lost money without the tax credits. According to its analyst David Whiston, “We calculate Tesla had a pretax loss of $278 million excluding $428 million of regulatory credit revenue.”

Out of Reach Sales Targets

Tesla’s optimistic sales targets may be hard to achieve — and I think the company should offer more specific guidance about how many vehicles it actually expects to sell.

Now Tesla appears to be backing off of that number — saying that its target has not changed — but achieving it will be more difficult.

Tesla said “it remains difficult to predict whether there will be further operational interruptions or how global consumer sentiment will evolve in the second half of 2020. We will continue to update our outlook as necessary,” according to the Journal.

Musk proudly announced July 22 that it had selected a site near Austin, Texas, for its second U.S. assembly plant to be used to manufacture “a pickup and a semitrailer truck, as well as Model 3 and Model Y compact vehicles for the Eastern U.S.,” noted the Journal.

The question for investors is whether Tesla runs the risk of adding production capacity only to discover that demand is insufficient to cover its higher costs.

Tesla’s free cash flow (FCF) situation has improved since 2017 — but it’s still precarious and got worse in the second quarter.

He was not concerned about the drop. As he noted, “We still consider it impressive because the Fremont plant was shutdown from the coronavirus for over a month and capital expenditure more than doubled to $546 million.”

Tesla’s valuation is way higher than that of its peers. Every dollar of Tesla sales is valued at $11.23 — that seems high for a company that’s shrinking. By contrast a $1 of GM sales is worth 28 cents and Ford’s is valued at 18 cents.

Tesla’s valuation is likely to get higher. After all the four consecutive quarters of profitability boost the odds that its stock will be added to the S&P 500.

As Whiston wrote, if that happens “[I expect] further gains for the stock as index funds and active managers wanting to keep pace with the index add the stock.”

I wonder whether Musk will continue to be able to pull rabbits out of his hat. If that stops, Tesla’s valuation will revert to the mean.